One thing I hear frequently from new hunters is a concern over what is ethical and what isn’t. The truth of the matter is that ethics are unique to every individual and even to individual hunting situations. Often, I will illustrate the complexity of the question by answering with one of my own; what does the law say?

What Exactly Is Ethical Hunting?

I would venture to guess that most people who are beginning hunters will start by looking into state game regulations. Legal methods of take, hunting hours, the list goes on. Generally speaking, if the regulations do not spell out that something is illegal, it is legal. Now we get into the thick of the matter­­–determining what is ethical.

In the state of Colorado, it is legal to use only non-lethal traps to take furbearers, these animals must then be killed. I have known hunters in other states who have hunted wild hogs by baiting a block of Tannerite. If you’re unfamiliar with Tannerite, it is a two-part explosive consisting of an ammonium oxidizer and a fuel (usually aluminum powder) that explodes when extreme force is applied, i.e. that exerted by the impact of a bullet. This exploding hog trick is (or, at least at the time, was) one hundred percent legal, but is it ethical? Is it ethical to shoot an animal in a cage? These are questions to which the answers can only be decided by the individual asking them.

From a game management standpoint, the answer may be that whatever method most effectively achieves the desired population size is the ethical thing to do as it is the responsible solution to balancing the ecosystem. If you, like me, hunt to eat and with a certain reverence for the animals you pursue, the ethical thing to do is that which causes the least chance for loss of meat and the best chance for a quick, clean kill [It is worth noting here that it is illegal to leave edible parts of game animals, wild hogs are typically considered invasive and not subject to some game laws in some areas]. But are you fine with the idea of making that kill from a tree stand overlooking an automatic feeder? Or do you think the only fair hunt happens on a mountainside as both you and your quarry climb rocky hillsides to wherever your final showdown may occur?

The Pike National Forest encompasses parts of the Rocky Mountains.  It is here that the author hunts elk.  Does the steep terrain make for a more fair and ethical hunt than one on open ground?  Photo Credit: Sean Ulanski

On the hunt, laws are the only black and white rules. All other guidance on how to conduct oneself is given by nature and that is what makes hunting one of the last truly free ventures a human can undertake.

You see, ethics, by definition, are “moral principles that govern a person's behavior or the conducting of an activity”. On the hunt, laws are the only black and white rules. All other guidance on how to conduct oneself is given by nature and that is what makes hunting one of the last truly free ventures a human can undertake. We each are responsible for doing so in a way that ensures the continued existence of the lifestyle.

It is no secret that many people see hunting as an obsolete activity. Some think it is a barbaric practice used only to excite some sick primal need to kill. We as hunters have an obligation to one another, to the game we chase, and to society to present the positive side of the hunt and explain our importance in the ecosystem. We must remember that hunting is conservation. Without hunting, game populations could become unhealthy and funding for habitat maintenance would dwindle. Wherever you stand on some of the issues discussed earlier or any other ethical question, we must all remember that perception is reality and the way hunters are perceived will determine the future of hunting. It is our responsibility to tailor our ethics toward preserving this great tradition.

Responsible game management means remembering that your quarry is, in fact, a living, breathing creature with a place in the ecosystem, not simply an object to hang on the wall.  You are responsible for a change in the ecosystem every time you remove an animal from it, even if that change is for the better, it is in your hands. The business of hunting, has come under scrutiny for contributing to the spread of Chronic Wasting Disease, there have been allegations that some private herd owners have supplemented feed with hormones and protein additives to create bucks with otherworldly antlers.  There are reasons behind these practices, but one has to decide if the possible long-term repercussions are worth the short-term thrill of seeing that animal on the landscape.  What is the true health of a creature like that?  Is there a risk associated with consuming the meat from a hormone treated animal?  How does the idea of hunting an animal in a fenced off area look to someone who does not hunt and may outright oppose hunting and what does this mean for the future of hunters everywhere?

You’ve been provided with a lot of food for thought, these complex scenarios have been designed to stimulate in all of you a desire to analyze yourselves as hunters or the type of hunter you want to be. With that, we return to the original question; what is ethical hunting?  Ethical hunting may be defined as that which is conducted within the confines of the law and which allows you to rest assured that through no action of your own will there come a day when you wake up in a world where your right to hunt has been lost.  If your harvest is plentiful and your conscious clear, congratulations; you are an ethical hunter.  You have conducted yourself in a way that shows both the hunting and non-hunting communities that your concern is for the health of the ecosystem and preserving an American tradition that dates back to the earliest days of our nation. 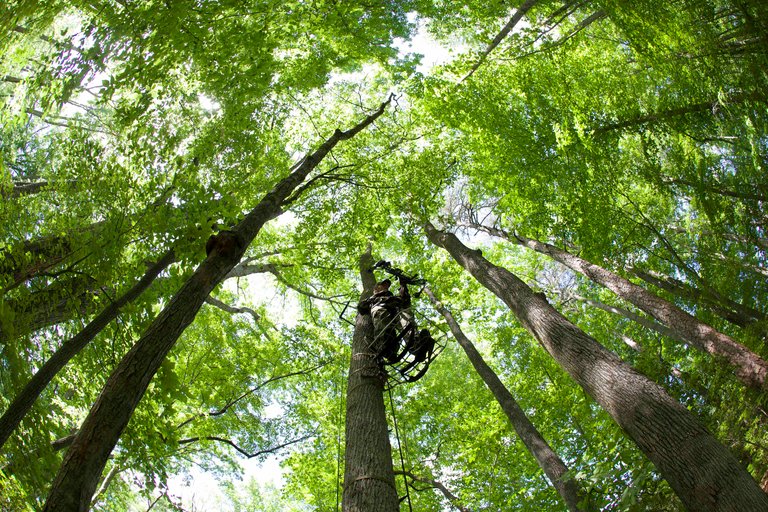 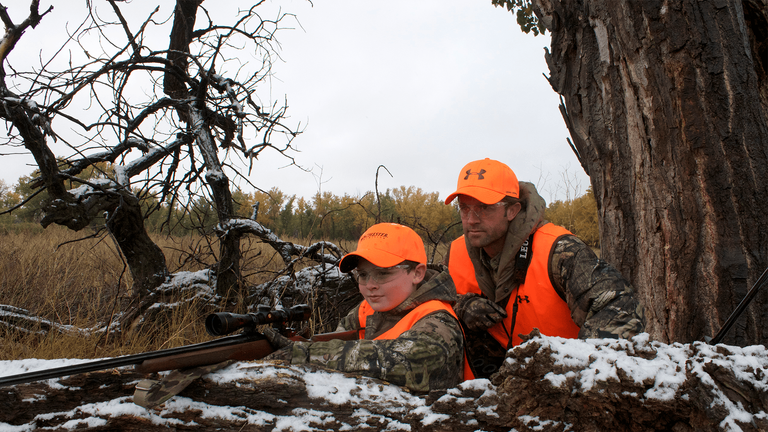